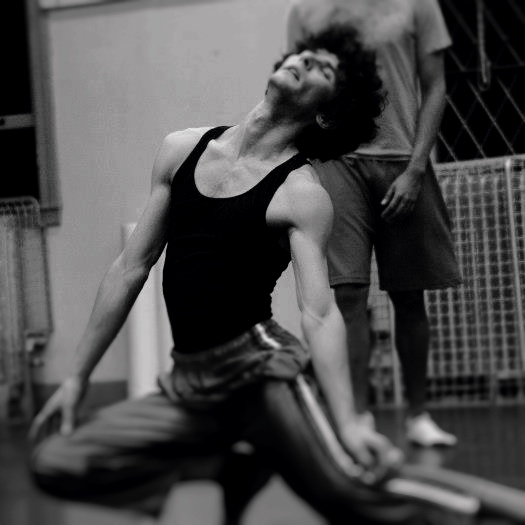 Olsi Gjeci is an Albanian/American choreographer, dancer and dance teacher. He began his professional career as a folk dancer and trained by his father, dancer & choreographer Guri Gjeci. Olsi dances baroque and balinese among other styles.

In 2006, he moved to New York and studied dance and philosophy at Hunter College. He has been dancing with The New York Baroque Dance Company since 2011 and the Trisha Brown Dance Company since December 2013. He is also a member of the Boston Early Music Festival Dance Ensemble and Linda Tomko. He dances with Vicky Shick, among others, in New York. Olsi is founder of the global dance platform UMUV. 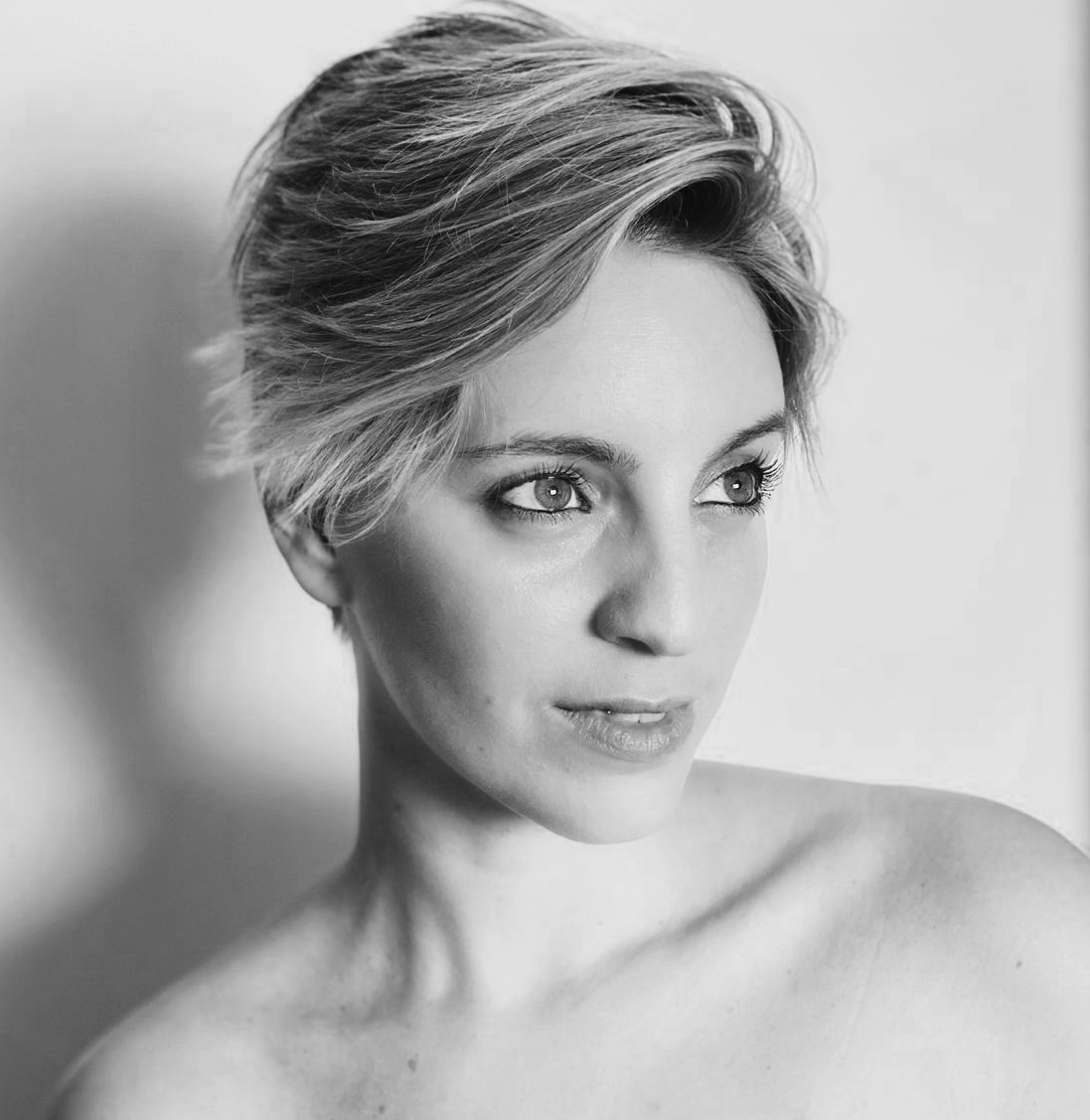 Diana Seabra was born in Oliveira de Azeméis. She started her ballet training when she was 6 years old at EDDALM. At 16 years old she was awarded a summer scholarship by Bird College, in UK.

Diana decides to invest in both therapy and dance as she is able to conciliate her performing career with her studies. In 2007 she graduated in Psychomotor Rehabilitation by Faculdade de Motricidade Humana. In 2010 she was granted a full-scholarship by Fundação Calouste Gulbenkian and FLAD to study in New York. In 2012 completed her Master Degree in Dance/Movement Therapy (DMT) by Pratt Institute.

Diana joined Sublime in 2012, first as a dancer and later as a choreographer and director assistant.

Nowadays Diana is a dancer, choreographer and director of Sublime Dance Company, a registered-DMT by American Dance Therapy Association and Associação Portuguesa de Dança/Movimento Terapia. Diana has been active in the pioneer group of DMTs who are building the foundations of DMT in Portugal. Diana is also a dance teacher at Oeiras Dance Academy, where she prepares students for dance competitions. 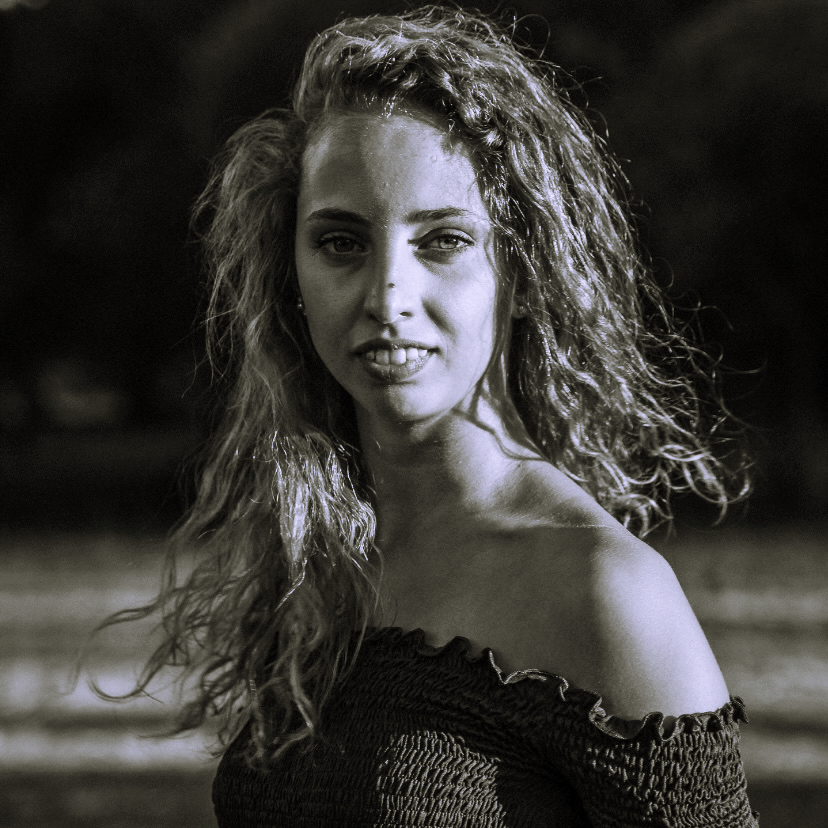 Anna was born and raised in Pisa, Italy, 1998. She started practicing dance at three years old. She graduated from the University of the Arts ZHDK in Zurich with a BA in Contemporary Dance where she had the opportunity to work with several international choreographers and companies directors. In her last year of studies she was an intern at Ballett Stadttheater Bremerhaven in Germany under the direction of Sergei Vanaev. In 2020-2021 she worked as an apprentice in the Egribianco danza company in Turin. She joins Sublime Dance Company in October 2021. 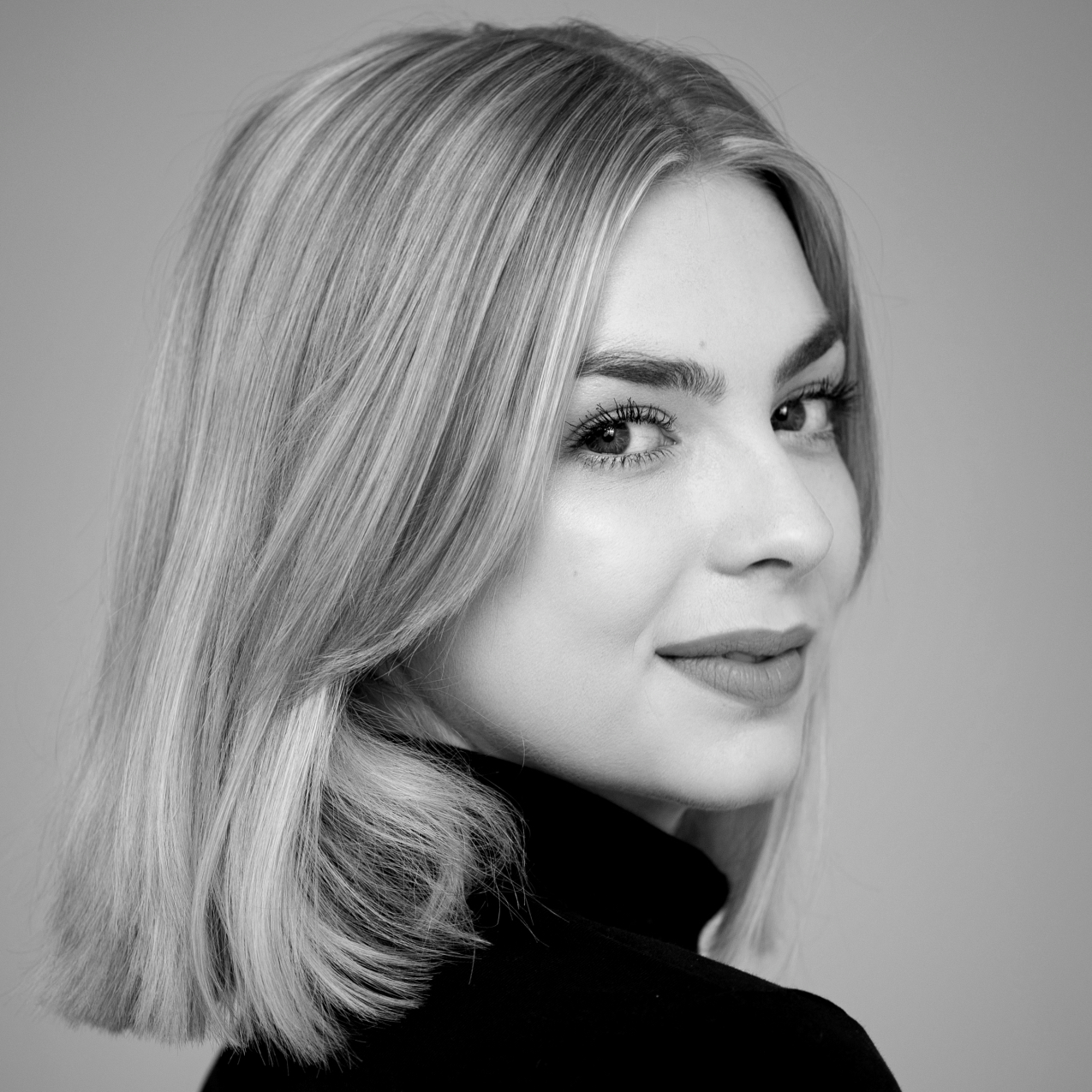 Hayley began dancing at the age of 3 at her local dance school studying RAD ballet and modern. At the age of 11 she joined Dance City’s CAT programme. She then went on to train at Rambert School of Ballet and Contemporary Dance at 16, receiving a First Class BA (hons) Degree, working with teachers such as Ross McKim, Amanda Britton, Paul Liburd and Darren Ellis. At Rambert she had the pleasure of performing works by Mark Baldwin, Theo Clinkard, Dan Wagoner, Ashley Page, Russel Maliphant and Neville Campbell.

Upon graduation she joined post graduate company 'Emergence' under direction of Joss Arnott. Touring the UK with work by Sharon Watson and Joss Arnott whilst receiving a distinction in her MA Degree. Hayley embarked on freelance life, featuring in music videos, short films, TV series and adverts as a dancer and model. Artists and brands include: Nina Nesbitt – “Loyal to Me”, Maxine Doyle and Sarah Dowling – “Brave New World”, Balbir Singh – “Weaving the Future”, Reebok AW18, Dune London – “Find your dancing feet” and RDX Sports. Research and Development includes Sisters Grimm for ‘Inala’ and Corey Baker.

Hayley then went on to work at Disneyland Paris as a face character and parade dancer. In January 2021, she joined Kayzer Ballet company, under the direction of Ricardo Runa and toured his work “ABRAÇO” around Portugal. Hayley is very excited to be joining Sublime Dance Company for their 21/22 season. 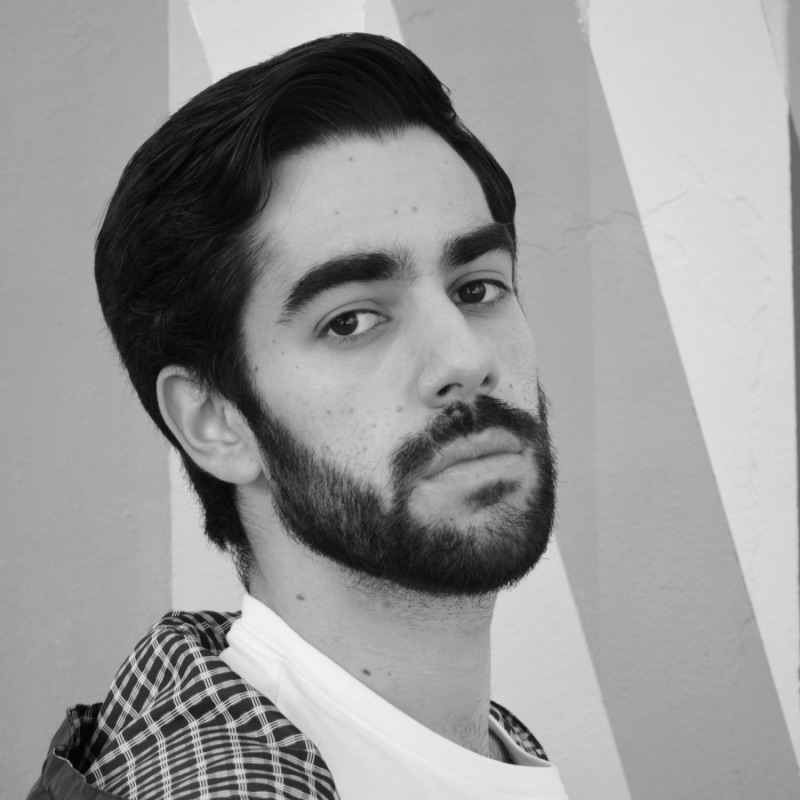 Born in the USA, Jonathan Taylor, dancer and performer, developed his skills in theatre and dance styles such as Hip-Hop, Modern Jazz, Classical Ballet and Contemporary. Graduated with honors in both high school as a visual arts student and in Escola Superior de Dança where he was awarded with the Best Graduated Student Award in 2019. The year before Taylor was also nominated for the Peggy Harrison Award at the International Theatre Dance Awards in Manchester, UK.

As a dancer Jonathan worked with the Vortice Dance Company and choreographers: Amélia Bentes, Clara Andermatt, Liliana Garcia, Rafael Alvarez, Victor Hugo Pontes among others, and has been a part of publicity and television productions like the “A Máscara” tv show. 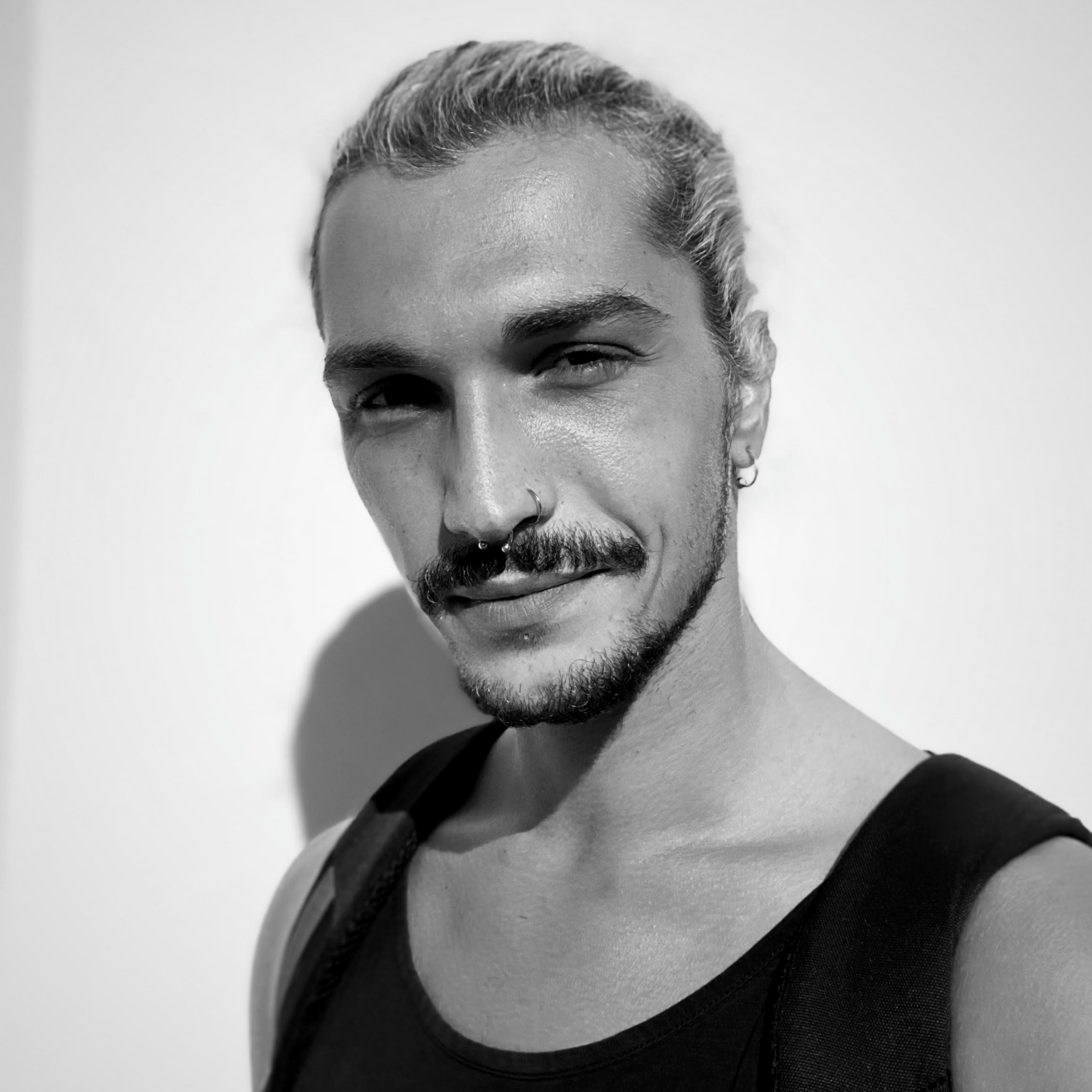 Miguel Almeida Nogueira was born in 1995 and started dancing at the age of 15 in Balleteatro Escola Profissional. After finishing this course in 2014 he joined the modular course F.O.R. dance theater in Companhia Olga Roriz. In 2015 was admitted in Escola Superior de Dança where he graduated.

From 2019 to 2021 he worked as an entertainer, rehearsal director, choreographer and dancer in the hotel RIU Guaraná (Algarve). 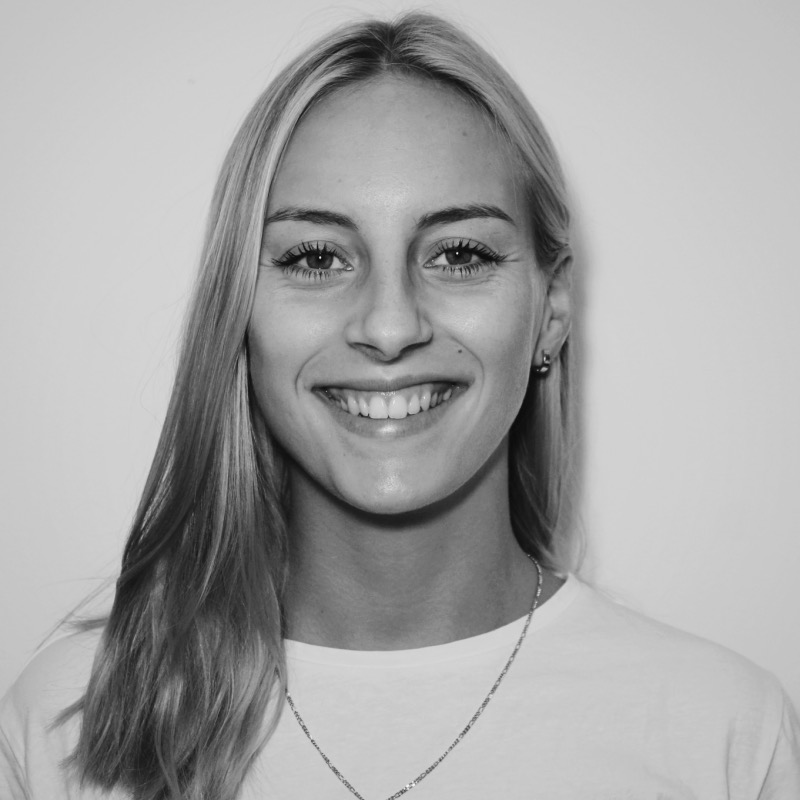 Rita Gaspar was born in 1998 in Leiria, Portugal. In 2014, she enrolled in a professional course in contemporary dance at Jobra Educação where she studied different styles of dance, such as contemporary dance, jazz, hip hop and ballet. In 2016, while completing her studies, she joined Companhia Dancenter as a dance intern with the choreographer Liliana Garcia. In the following year, she started a BA - Bachelor's Degree Program in Dance - at PERA - School of Performing Arts, in Cyprus. She performed in several pieces by different choreographers, such as Horácio Macuacua, Danae & Dionysios, Julia Brendel, Maria Doulgeri, Harry Koushos, Kay Krook, Dione Roach, Rafaela Sahyoun. She also had the opportunity to create and perform her own pieces, like “Had Enough?”, “Unveil” and "Affective Tenderness".

She attended several workshops of different techniques such as Flying Low with Horacio Macuaca and Sabrina Gargano, Partnering, with Roser Espinosa and Guy Nader & Maria Campos, Puzzle Work, with Anton Lachky, GAGA with Ido Gidron, Akira Yoshida, Judith Sanchez Ruiz, Edivaldo Ernesto and many others. In 2020, her last academic year, she interned at Companhia Profissional Corpo for 3 months. During the summer of 2021, she graduated and presented an original creation, in collaboration with Giovana Sanchez, at the university she attended and at the Curtas festival in Angra do Heroísmo, on Terceira island. Recently, she joined the project “dust”, by Joana Borges, and is currently part of Sublime Dance Company as a professional dancer. 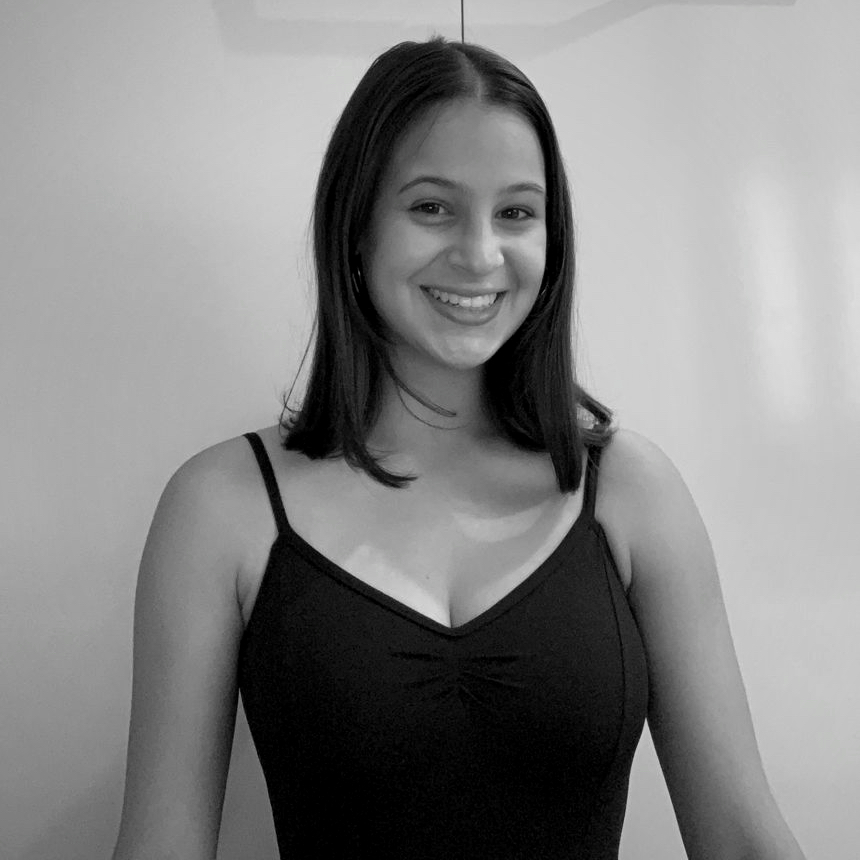 My name is Maria Angélica Ortiz, born February 4, 2003, Brazilian, currently living in Porto, Portugal. I started my dance studies in 2011 in classical ballet at Centro Cultural Irmã Elisa Ambrósio where I remained until 2015. In 2016 I moved to Estação & Cultura Centro de Artes where I had the opportunity to take classical ballet and jazz classes. 2020 I took classes at Galpão 1 dance academy. In September 2020, I won a scholarship to the PALLCO Performing Arts School & Conservatory, where I graduated in 12th grade articulated dance teaching. Currently, an intern at Sublime Dance Company for the 2021/2022 season. 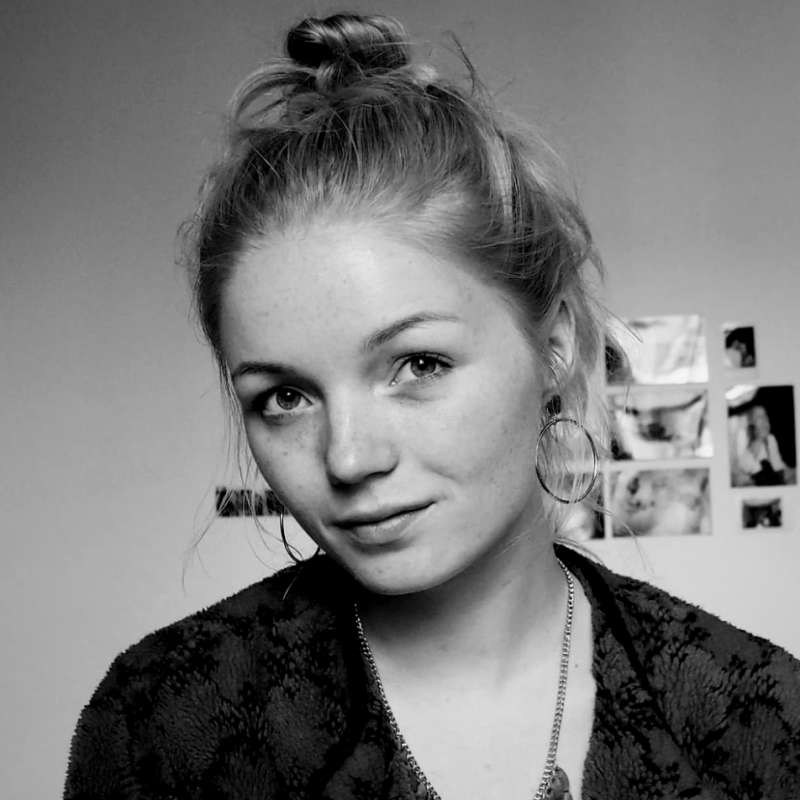 Sofie Heyman was born in Denmark, 1996. Dance has been her leading compass in life ever since she was a kid, and she danced ballet. From 7th grade, she got introduced to modern dance at the Royal Ballet School in Odense, Denmark, where she graduated in 2009. Following primary school, she directly started at the one-year pre-education at Copenhagen Contemporary Dance School led by the great directors: Morten Innstrand and Lotte Sigh. Afterward, she spent four incredible years at the Dance Grunduddannelse (DGU) - AMOK Akadamien for Modern dance & Classical Ballet - The Royal Ballet School In Odense, Denmark.

After graduating in 2018, she decided to continue her dance journey and moved to Stockholm to study at Balettakademien in Stockholm. Having Ballet and Contemporary in her backpack, she now explored all different kinds of styles. A wide variety of Contemporary, Improvisation, Gaga, Jazz, Street dance, Commercial, and Ballroom dance. At her graduation performance, she had the pleasure to work with choreographs such as Mari Carrasco, Eytan Sivak, Lee Brummer, and Charlotta Öfverholm.

Sofie's biggest curiosity is to explore movement and use it as a tool to understand herself, her relationships, and the people around her. Sofie will be an intern at Sublime Dance Company from the 1st of October.